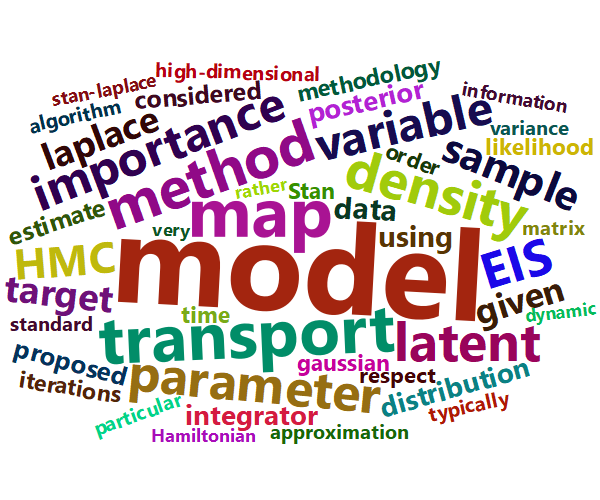 We propose an importance sampling (IS)-based transport map Hamiltonian Monte Carlo procedure for performing full Bayesian analysis in general nonlinear high-dimensional hierarchical models. Using IS techniques to construct a transport map, the proposed method transforms the typically highly challenging target distribution of a hierarchical model into a target which is easily sampled using standard Hamiltonian Monte Carlo. Conventional applications of high-dimensional IS, where infinite variance of IS weights can be a serious problem, require computationally costly high-fidelity IS distributions. An appealing property of our method is that the IS distributions employed can be of rather low fidelity, making it computationally cheap. We illustrate our algorithm in applications to challenging dynamic state-space models, where it exhibits very high simulation efficiency compared to relevant benchmarks, even for variants of the proposed method implemented using a few dozen lines of code in the Stan statistical software.